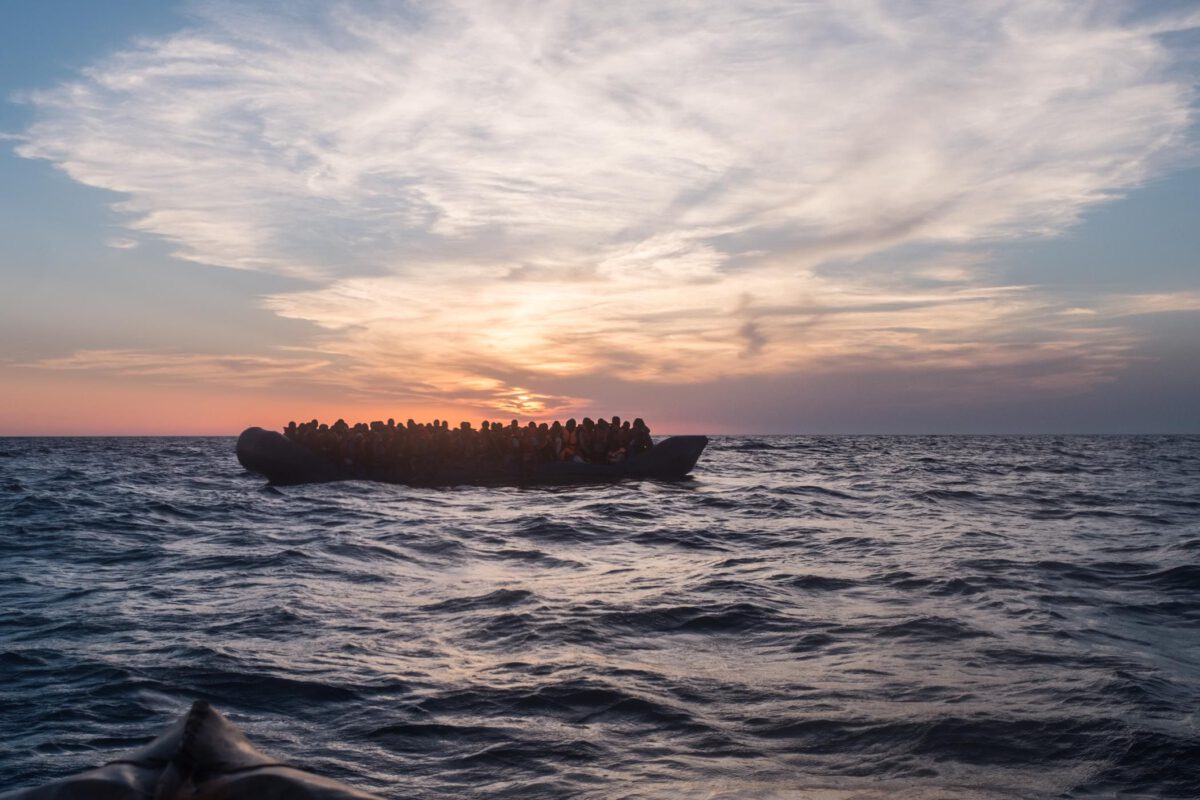 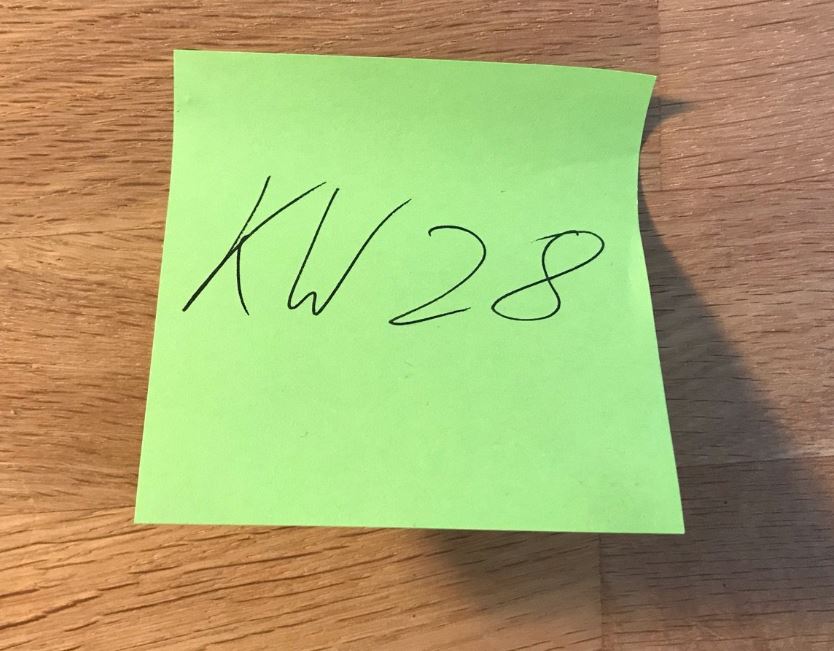 Love is not Tourism 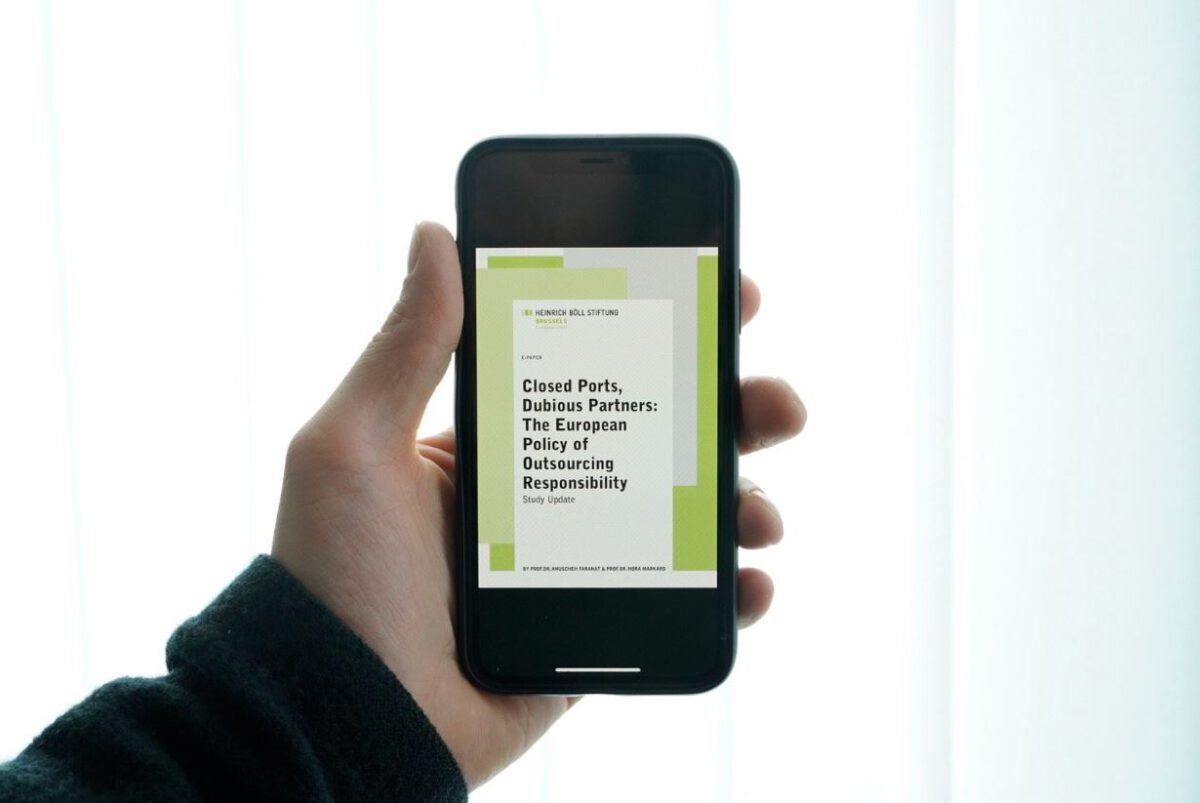 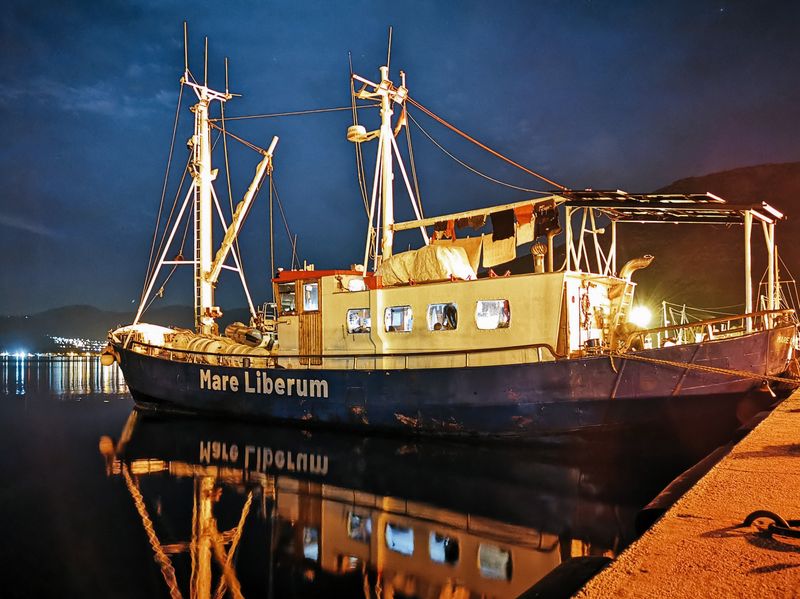 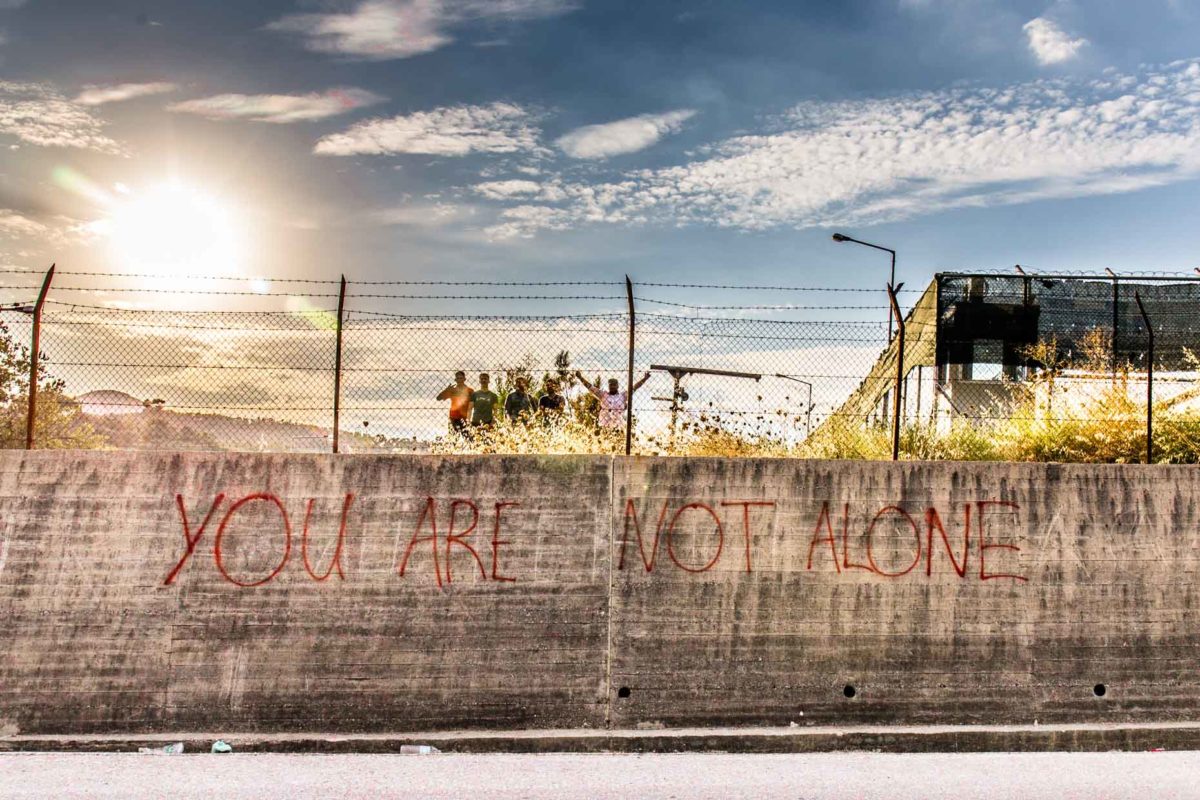 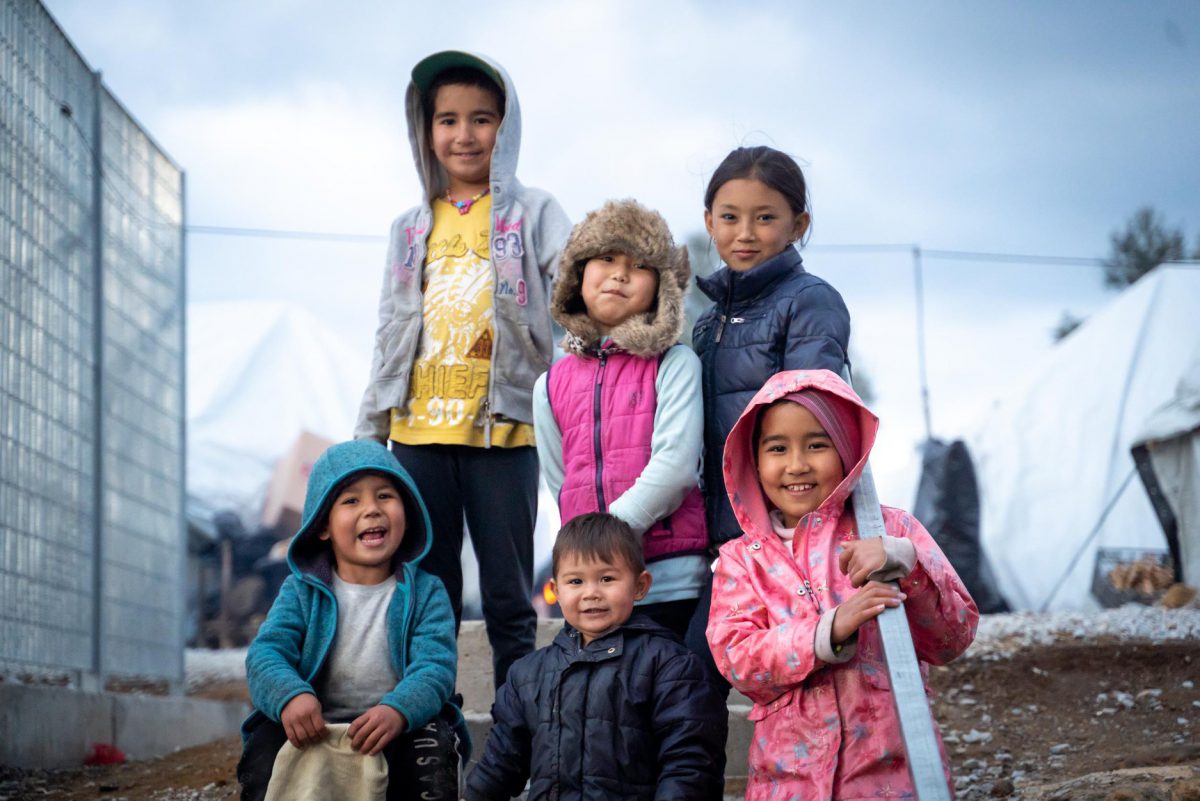 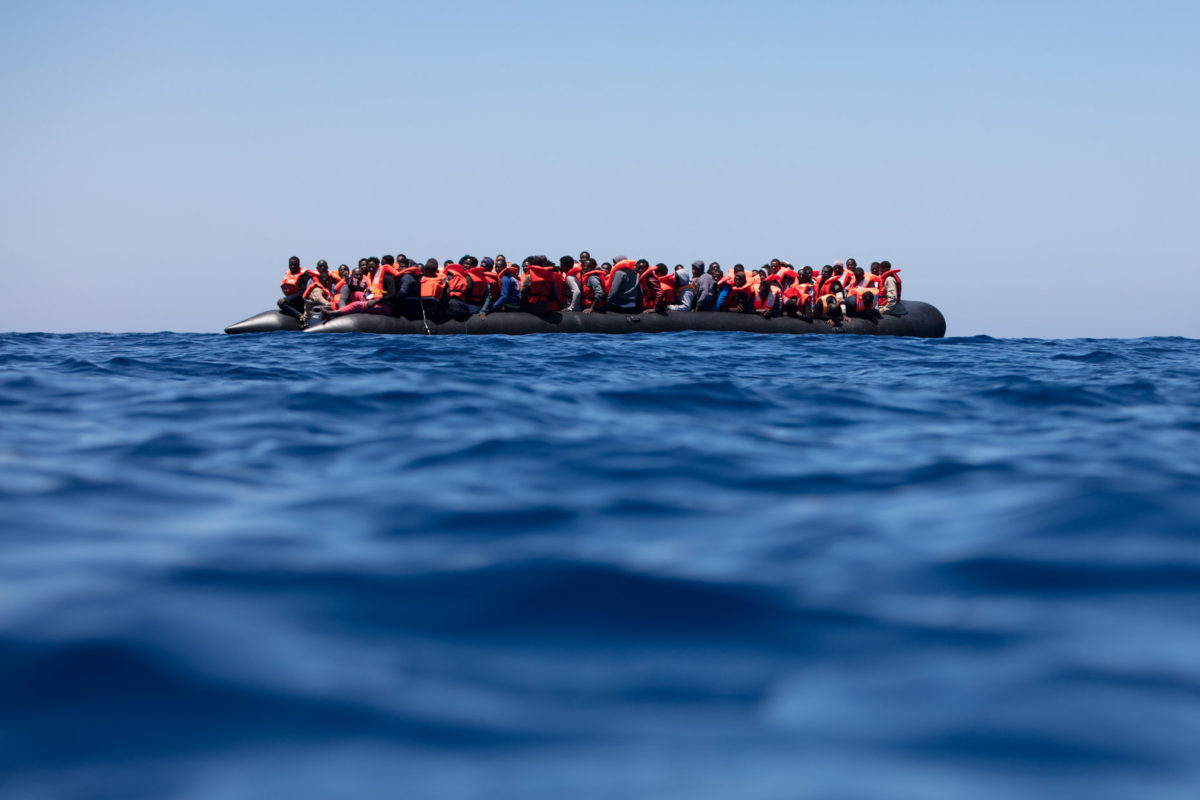 The report "Places of Safety in the Mediterranean: The EU's Policy of Outsourcing Responsibility" of the Heinrich Böll Foundation points out that the North African Mediterranean states cannot be regarded as "safe havens" and that the EU cannot therefore outsource sea rescue to these states. This is particularly true for the civil war country Libya.

Since 2014, more than 20,000 people have drowned while fleeing in the Mediterranean Sea. EU member states fail to agree on a joint programme for sea rescue and accept the death of these people so that as few of them as possible reach Europe. They cooperate with criminal militias in Libya and deliberately accept violations of fundamental rights. Some politicians* even suggest deporting the fugitives directly to North Africa, including the Libyan war zone.

Against this background, this study has important policy implications, noting that the EU and its member states cannot shirk their responsibility to save people in the Mediterranean.

Italy and Malta may not close ports

The policy of EU states such as Italy and Malta to close their ports and deny NGO ships access to their ports costs people their lives and is just as illegal as shifting the rescue to Libya.

The member states and the EU must rescue fugitives and migrants* and bring them to European ports, not only for moral reasons but also for legal ones. Your ports must remain open to rescue ships.

Deadliest route in the world

The route from Libya to Europe is the deadliest migration route in the world. the main reason for this is that the EU has stopped its rescue activities in the Mediterranean. the naval operation Sophia, which saved the lives of more than 40,000 migrants*, ended the operation. there is currently not a single state rescue ship in the Mediterranean.

Civilian organisations trying to fill this gap are often obstructed, prosecuted or their ships confiscated, and by stopping all sea rescue operations and also actively preventing NGOs from saving lives, Europe is partly responsible for the deaths of thousands of people in the Mediterranean.

This study makes it clear that the EU and its member states cannot evade this responsibility by outsourcing sea rescue to Libya or other North African Mediterranean countries.

Libya and other states in North Africa are not safe havens

Libya is one of the most insecure and dangerous places for fugitives in the world, and people intercepted by the Libyan coast guard are taken to camps where they are subjected to inhuman conditions, torture, rape, exploitation and even arbitrary killings.

The current European policy of supporting this Libyan coastguard and making it the doorman of Europe is deeply inhumane and violates international law, and the EU and its member states have a duty to take people to a safe place where their lives and safety are not threatened and where they are safe from persecution.

The study shows that these safe havens exist only in Europe, which means that seven concrete political demands:

The Member States must be proactive in carrying out rescue operations at sea by making ships and resources available, and the European Commission must coordinate them and provide financial support to Member States to improve their ability to save lives at sea.

2. EU cooperation with the Libyan Coast Guard must be ended

Europe must not evade its obligations in sea rescue by shifting responsibility to a country that can under no circumstances be considered a safe place. The EU must stop cooperating with Libya. Instead of funding the Libyan coast guard, which is also an association of warlords, the EU should invest in its own sea rescue capabilities.

3. people rescued from distress at sea in the Mediterranean must be brought to Europe

the study shows that none of the north african Mediterranean states can generally be classified as a safe haven. for vulnerable groups such as LGBTI or other minorities, these states are not safe. since it is not feasible to determine which territories would be safe for people and which would not, on board the rescue ships, Europe cannot shirk its responsibility and must bring people to safe havens in Europe. this also applies to NGO ships. cooperation with the libyan coast guard is a violation of international law.

4. the criminalisation and intimidation of NGOs must stop

Ship captains* and crew members must not be prosecuted for rescuing people in distress at sea. These people are life-savers*, not criminals. The European Commission must decide that humanitarian aid must not be criminalised by the Member States.

5. the EU must work closely with NGOs

Civil organisations cannot exempt member states from their obligation to rescue people in distress themselves, but they can help save lives. The EU should support NGOs in the rescue effort by opening its ports to them, simplifying the registration of ships for sea rescue and informing them about emergencies.

The EU Commission must develop a solidarity-based and humanitarian alternative to the Dublin system, in which the rights and wishes of the refugees are respected. A high level of solidarity and readiness to receive refugees must also be promoted financially. In this context, the readiness of local and regional authorities and regions should be taken into account and supported with EU funds.

7. the EU must stop misusing development funds for migration prevention

The EU supports the Libyan coast guard through the EU Trust Fund for Africa. This is a misuse of money that is actually intended for development cooperation. The aim of development cooperation is to fight poverty, not to fight migration. In general, there is a need for much greater transparency about what EU money is used for in third countries.

We now need a substantial evacuation of the camps in the Greek islands so that the refugees can protect themselves from the corona virus.

When i arrived in lesbos at the end of february, i did not think that the situation could get much worse. i wanted to spend the week off from sitting here to see how the situation on moria has developed. a camp in europe, where the processing of an application can take over a year and children cannot attend school during that time. a camp where people have been sleeping on the damp ground or in summer tents for four winters.

Unfortunately, I was wrong in assuming that things could hardly get any worse. After Erdoğan announced the opening of the border and suddenly there were a few thousand people on the external border, Greece reacted with violence and simply suspended the basic right to asylum. I have a commissioned a legal opinion which shows that the Greek government has acted unlawfully. The Greek coast guard started shooting towards rubber dinghies full of people instead of rescuing them. Boats were left in distress for hours instead of intervening immediately. A girl drowned trying to get to Lesbos although she could have been rescued.

Right-wing extremists from all over Europe mobilized the mob to Lesbos. on some days more Nazis than refugees arrived on Lesbos. right-wing gangs took over the streets and patrolled the city with iron chains. right-wing extremists could hunt down aid organizations, fugitives and journalists for days on end without the police intervening. one aid facility was even set on fire. the Greek constitutional state simply failed completely there.

And then it got worse again. the corona virus is spreading very fast in europe. the virus does not differentiate by skin colour, religion or gender. while contact bans and curfews are imposed everywhere in europe, here 20,000 people live crammed together in a camp that was built for 3,000 people. for every 1,300 people there is a single tap and even that one is constantly breaking down. you can hardly wash your hands here, let alone practice social distancing. when the corona virus comes to moria, it will not be stopped so quickly.

The Member States have ways of preventing the Corona disaster in overcrowded refugee camps. It is in our interest, after all, not to allow places in Europe where the virus can spread unhindered. The camps must be evacuated quickly, not in spite of, but because of Corona.

People must now be given quarantine facilities in places where they are protected from the virus. The Commission must coordinate the process, but Member States must lead the way and support Greece in its fight against the spread of the corona virus. This also requires financial aid, but above all the political will to solve problems instead of always telling us what we cannot do. The Greek mainland needs support in this, as do the people on the Greek islands. For far too long we have let these citizens down.

In order to create more attention for the topic, I have created the campaign "Leave no one behind" It is an initiative which is about citizens from all over Europe standing together in the Corona crisis and standing up for those who need our solidarity. This includes the refugees at our external borders, the homeless, the old and sick. If we do not act now, we will be complicit in the catastrophe which threatens these people. 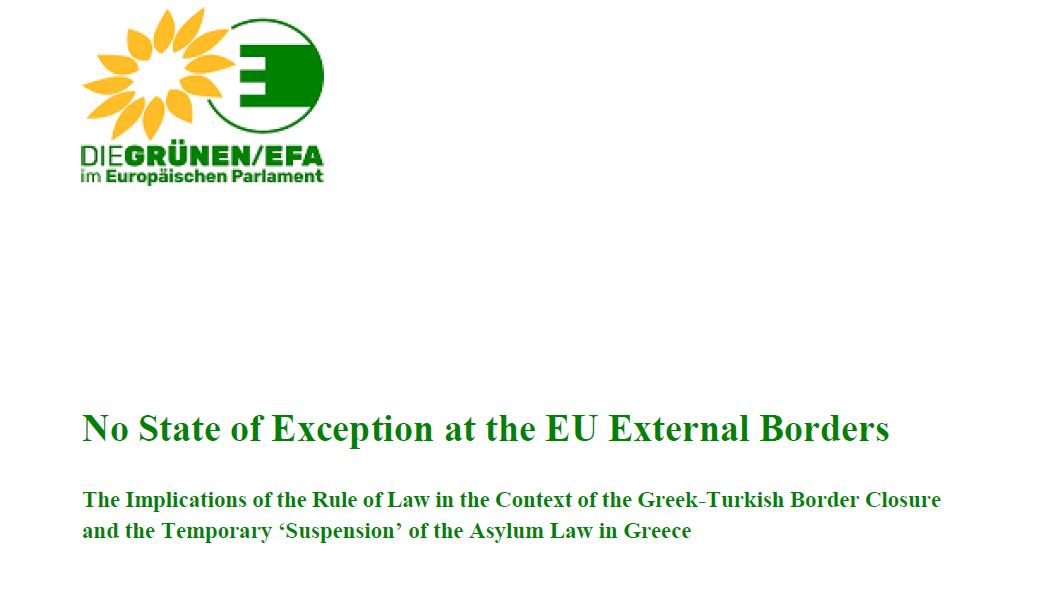 I have an expert opinion entitled No State of Exception at the EU External Borders in the first place.

It states that EU states may not suspend the right of asylum or refuse to accept asylum applications. Greece has acted illegally by suspending the right of asylum for one month. Pushbacks or deportations without an individual procedure violate EU and international law. Pushbacks or deportations without an individual procedure cannot be justified under EU law or European human rights law. Dealing with people on the Turkish-Greek EU external border violates the fundamental values of the Union such as the rule of law and respect for human rights.

You can find the full report under this Link 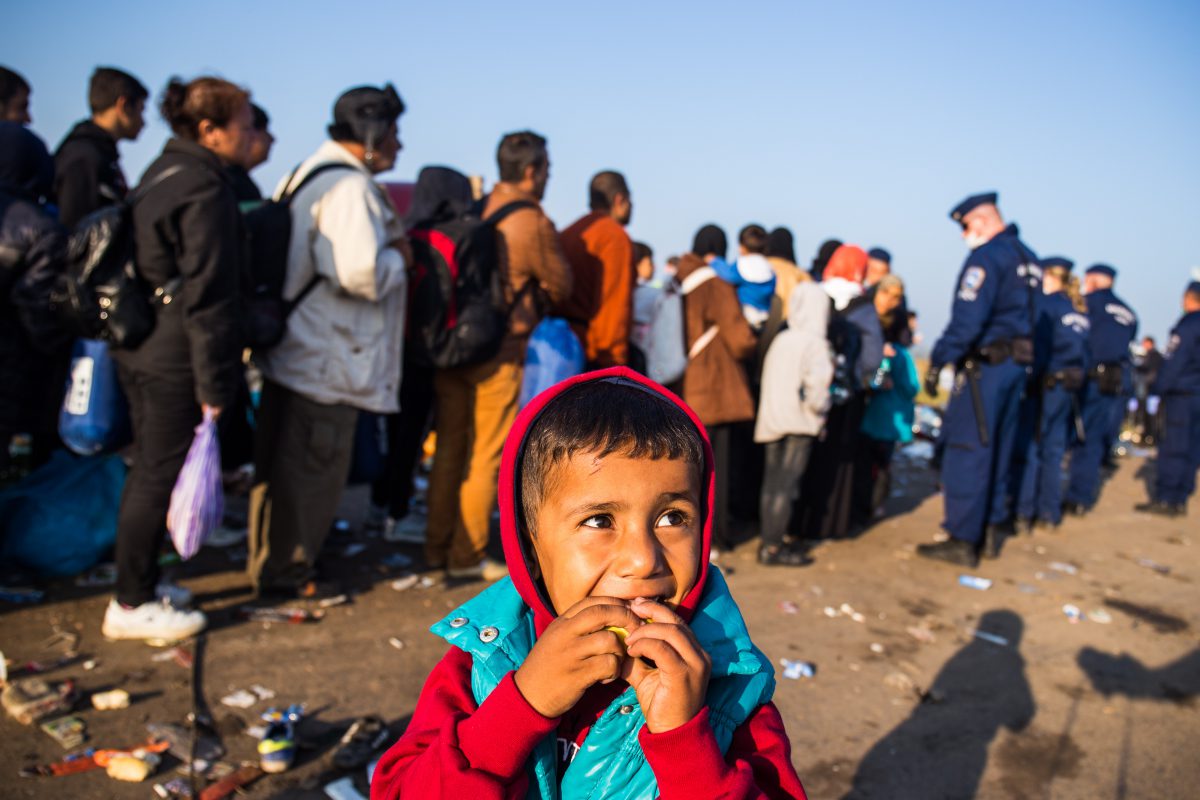 I've commissioned an expert opinion that, under the title: „Reception of refugees from the camps on the Greek islands by the German Bundesländer-Legal conditions and borders“ It states that the federal government may not refuse to accept some of the children who have fled. the government is therefore illegally rejecting existing offers. this does not mean that the federal states or local authorities are now responsible for this. above all, the federal government and other EU states must now act quickly with the EU Commission! the report has been planned for a long time and has now been completed.

You can find the report under this Link.