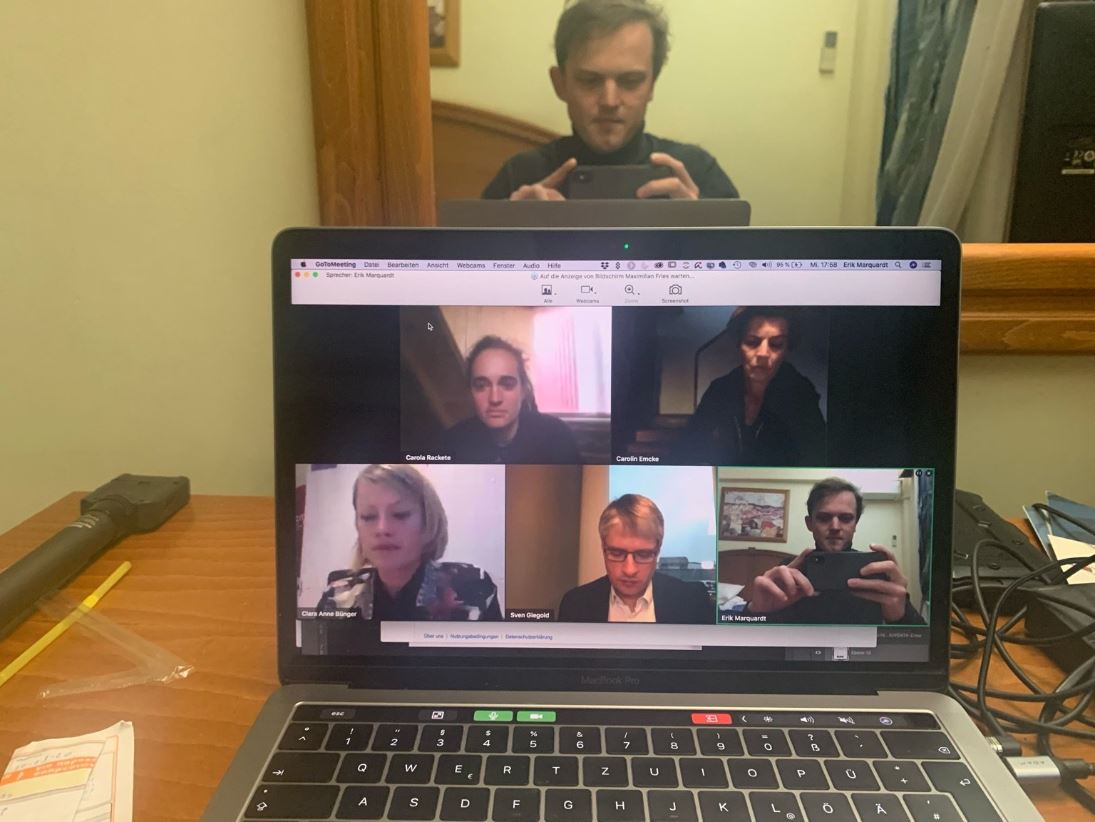 In this episode we have poured the webinar about the situation on Lesbos with publicist Carolin Emcke, Sea-Watch captain and environmental activist Carola Rackete, lawyer Clara Anne Bünger and my green colleague Sven Giegold as soundtrack into the podcast. I myself have been on Lesbos for 4 weeks now, in the meantime the corona crisis has struck, which does not yet play a huge role in the podcast. But it might be quite good to hear something about a current topic despite corona, which is still topical now.
I could see here how the rule of law is eroding, fugitives are deprived of their rights and right-wing gangs have taken partial control of the island.

In the first third of this two-hour episode, Carola, Clara, Carolina, Sven and I talk to each other about the situation at Europe's external borders, after which we discuss and answer questions from the audience.

If you want to do something, support this campaign.

You can watch the video of Sven Giegold's webinar at this Link find.

"What we have been experiencing since the EU's agreements with Turkey is a pure simulation of the right to asylum, Europe is only simulating that there is a right to asylum.

"The figure of 20,000 dead in the Mediterranean since 2014 was exceeded last week, which is at least 20,000 people that could have been saved if there had been a European sea rescue mission."

"What happens at the EU's external border is a clear violation of the ban on collective expulsion."

Clara Anne Bünger, lawyer and board member of Equal Rights Beyond Borders

"The islanders of Lesbos have long given their all and are trying to preserve humanity here on the island, despite being left alone by the European Union.

Erik Marquardt, Member of the European Parliament Alliance 90/The Greens